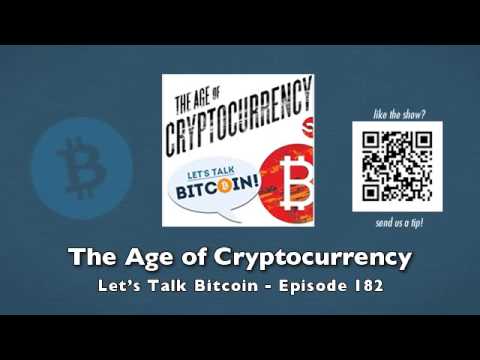 The LTB Network is a publishing platform built on token-controlled access (TCA) technology developed by the team at Tokenly.com and created for content providers to present the ideas and people involved with cryptocurrency
[link]

Bitcoin - The Internet of Money

/btc was created to foster and support free and open Bitcoin discussion about cryptocurrency, Bitcoin news, and exclusive AMA (Ask Me Anything) interviews from top Bitcoin and cryptocurrency leaders. Bitcoin is the currency of the Internet. A distributed, worldwide, decentralized digital money. Unlike traditional currencies such as dollars, bitcoins are issued and managed without the need for any central authority whatsoever. Learn more about Bitcoin, Bitcoin Cash, cryptocurrency, and more.
[link]

Iranian Bitcoin User on Let's Talk Bitcoin: "Bitcoin is the only option we have."

I'm interested in seeing what UK folks opinions generally are re. Bitcoin and cryptocurrencies more broadly. As I'm sure everyone is aware BTC has been in a year and half or so long bear market and corrected about 85% from its last parabolic rise, after which it has recently shown some strength and bounced from the lows. Who here keeps a percentage of their portfolio in cryptocurrencies? Why or why not do you think they are a good buy/hold, and do you think a sensible bullish case can be made for them in the long term?

Update: Thanks everybody for your questions, the recording is done, we went a little over an hour and I didn't get to all of the questions but I think we covered most. This'll be out on Sunday the 2nd of July
Update 2: Episode is posted - Thanks again
Hey folks, Adam B. Levine (Proof) here from letstalkbitcoin.com.
tl;dr - If you have a strong opinion or concern about segwit you'd like Andreas Antonopoulos to answer, please post it here in the next few hours. Now to context:
In a few hours, Andreas and I will be speaking for LTB episode 336 about some of the concerns brought up in Dr. Craig Wright's recent article on Segwit. Andreas feels very strongly that Segwit is a good thing and honestly I don't have enough knowledge on the topic to have much of an opinion so I'll be playing the "listener surrogate" questioner role, trying my best to represent the viewpoints although I don't neccesarily share them.
So if you want your point of view represented in our conversation, share them here as a comment. Personal attacks or other forms of bullshit will be disregarded.
Thanks in advance!

Let's Talk Bitcoin covers the numerous 2109 proposals to "bitlicense it" in a thorough interview.